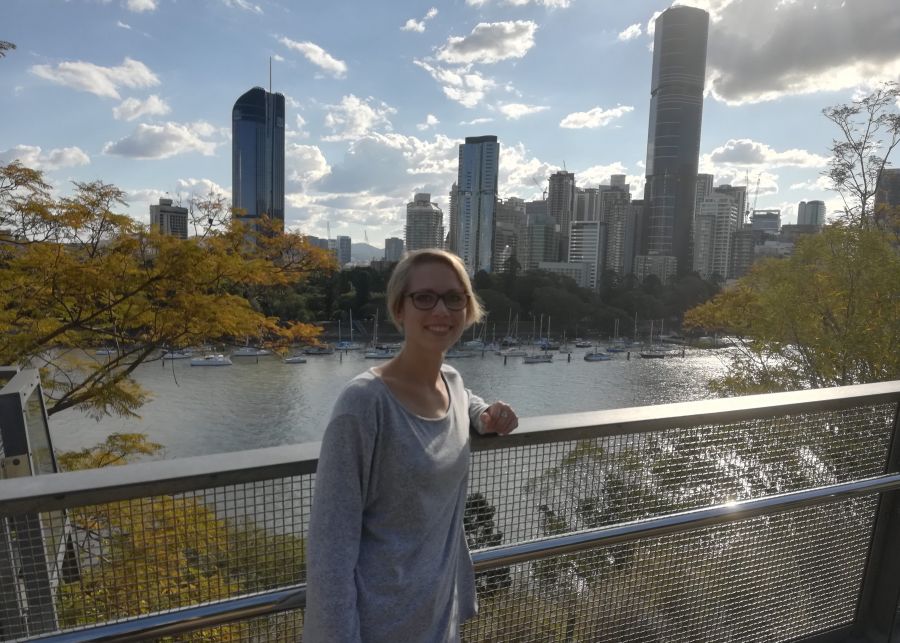 It’s been a month already since I moved onto the next country, for the time being my final destination – Australia! Or more specific: Brisbane, Queensland on the East Coast of Australia.

After living the island life for 6 months and especially after living on the remote island in Fiji this “western world” totally hit me in my face! I was gaping at cars and houses like I have never seen them before, I left H&M in a hurry coz it was too many people for me in the same room and I still don’t know if Australians really wanna know how you are or if they are just saying that – at all times, everywhere, in ALDI! When was the last time the lady at the checkout in a supermarket asked you how your day is?! yeah thought so but let’s start from the beginning shall we:

I was very fortunate with my Airbnb choice and met my hosts Josh & Wade at the airport where they picked me up around midnight holding a big sign with my name on it – coz they had no idea how to pronounce my name :D. Back home I was knocked out by their two lady dogs Ellie & Bella, I swear my organs shifted when Bella put her paws on my stomach! But they’re totally fine now, you just have to know when to turn around if they try to jump up 🙂 My room and the house are super nice and comfy, the house comes with a whirlpool and pool and 3 days in I decided to stay on and could move into the free bedroom – I am dying for summer to pick up so I can jump in that pool haha!

The first week went by in a rush, I sorted myself out with a sim card, bus card, bank account, haircut – which was as important as that bank account! Bought a bike (mountainbike coz it’s MORE than hilly around here) and got my first job through an app: one week of unpacking kids toys and furniture for a recently finished Kids Care Centre (absolutely loved the interior!) and decorating it! That job totally paid for my first rent and hopefully I can help with the next Centre as well!
In my second week I actually did some cleaning jobs and I am really starting to like the Australian building style – very modern and minimalistic! Yep I said cleaning coz living costs are not cheap here. And of course after 6 months I was very desperate to do some ZUMBA again so I texted like 20 gyms around the area and finally I got the call to cover for someone, how cool is that, my first Zumba Class in Australia!!
Ok well only one person showed up as it is normally a Bollywood Class, but I really enjoyed it. And I signed up for a membership for another Zumba Class and the instructor let’s me and another girl do 3 songs each every time – whoop! So thrilled and excited!

Besides doing Zumba, the occasional cleaning and working online I am COOKING A LOT! Obviously I haven’t seen a kitchen in a loooong time and really missed the food from back home and preparing my meals myself. So happy to be able to do that again!

Also of course I did some sight seeing and went to some places in and around Brisbane, but it’s just so BIG! And then there is the gold coast, sunshine coast, Byron Bay – so many places to go. And I’m not planning on going south any time soon coz even in Brisbane it’s still chilly (like freezing cold if you’re used to no less than 30°!).

Did a daytrip to Stradbroke Island and saw Dolphins and Kangaroos! And I swear we saw the fin of a whale as well 🙂 Got some other daytrips planned in the next couple of weeks so stay tuned!